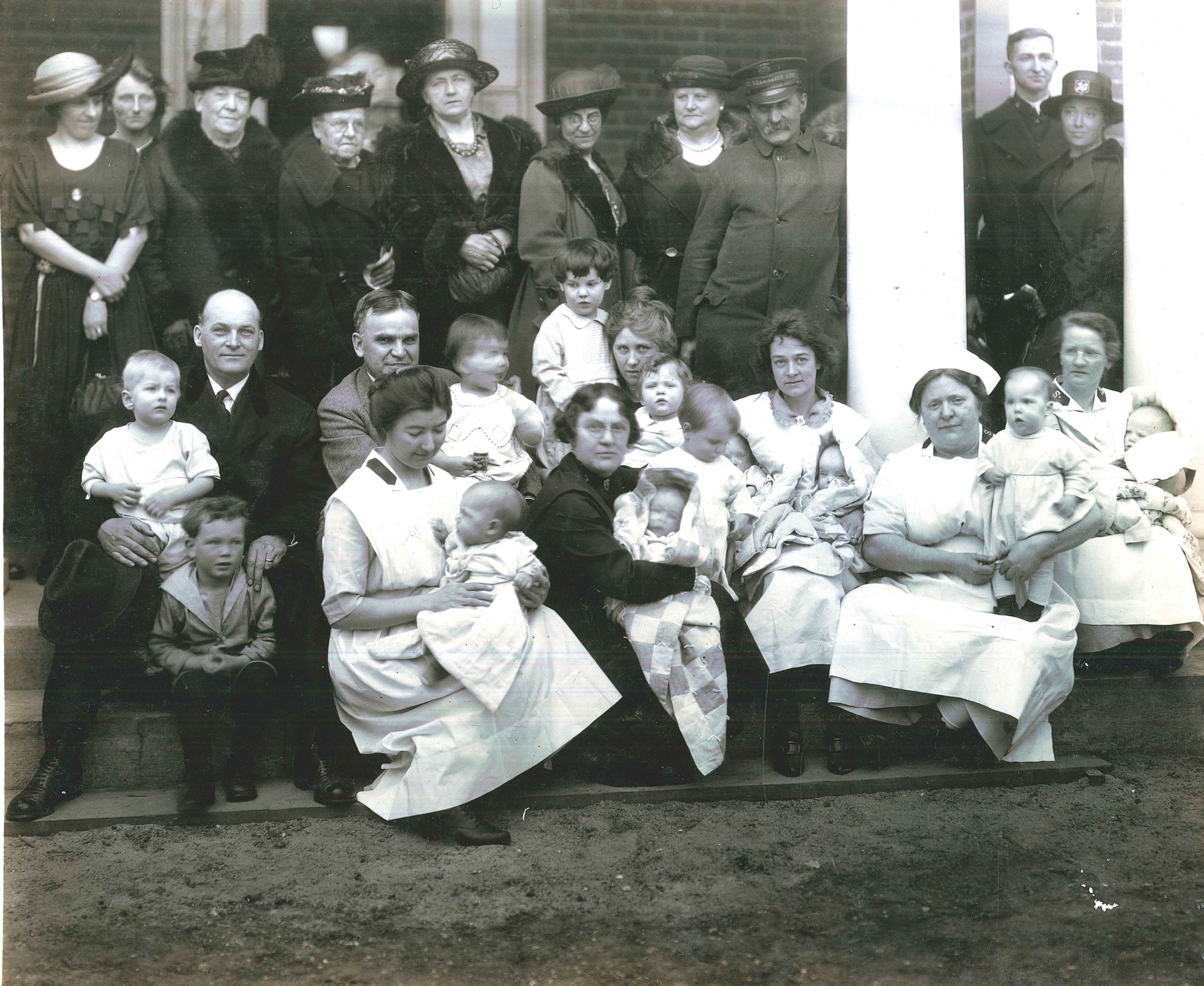 Babies, officers and advisory board members sit in front of the Omaha, NE Booth Memorial Home and Hospital, c. 1920s.

Currently, the world is facing a battle with an invisible enemy that is taking a toll on people both mentally and physically. The COVID-19 pandemic is changing our economic landscape, forcing changes in how we work. Those of us that still have jobs are collaborating through a variety of digital sources, while others have been furloughed or have lost their jobs altogether. Some are suffering from food insecurities and worry about how they will feed their families. The Salvation Army is attempting to lessen these worries by finding ways to bring food and other necessities to those in need, like The Salvation Army has done historically in times of crisis.

Between 1918 and 1920, The Salvation Army had to balance the needs of American soldiers serving in France, civilians in the United States, and the beginnings of a viral influenza outbreak that became a global pandemic similar to COVID-19.  During this time, The Salvation Army was focused on raising funds so that they could offer the comforts of home to the doughboys in France while they faced the horrors of war.  Hutments were not just placed near the front of the war but also at US Army camps across the United States.

But there were other, lesser-known populations affected by the times. In the Midwest, The Salvation Army advocated for the rights and well-being of young women and children, raising funds to support and serve a population that deserved equal opportunity. By providing rescue homes and medical support, The Salvation Army gave these “unfortunate girls” a safe place to live, give birth, and train in the domestic arts. They not only gave them immediate relief and care, stipulating that the women had to stay at the rescue home for at least three months but also stating they could stay longer if they needed more assistance. The Salvation Army also invested in the long-term future of these women and children by assisting them with employment and a place to live in the future if needed. On September 19, 1919, the Dixon Evening Telegraph in Dixon, Illinois ran a story citing statistics about The Salvation Army Rescue Home and Maternity Hospital in Chicago, Illinois, reporting that “185 girls helped with ninety-girls leaving to take jobs that would allow them to care for themselves and their new infant. One hundred twenty babies were cared for at the home with one hundred one babies leaving with their mothers.”  In the Midwest, many of the rescue homes were located in larger urban areas such as Chicago, St. Louis, Des Moines, and Omaha, serving young women from across those states.

Speak up for those who cannot speak for themselves, for the right of all who are destitute. Speak up and judge fairly; defend the rights of the poor and needy. 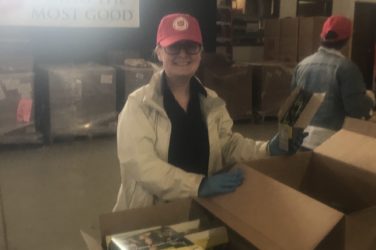 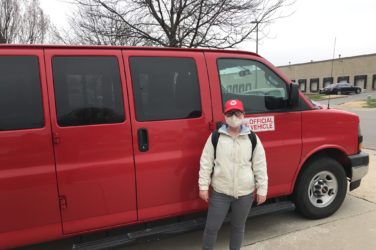 Written by Amy Sparks, Registrar   In the van, on our way to ...