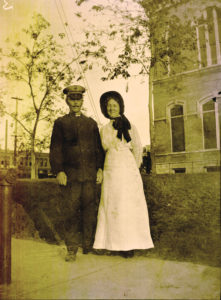 Floyd and Minnie met in their mutual home town of Albion, WI, 27 miles southeast of Madison. They married in 1884 and had four children. All but the youngest (Floyd J., who died at age 2) survived to adulthood. By 1900, they were living in Lakeview Township, IL. Here they attended the Chicago #8 Corps and on May 20, 1904, were accepted into officer training their initial appointments were to corps in Texas.

When the Salvation Army responded to the call for overseas volunteers in World War I, the Burdicks– by then an older couple– were among the first Salvationists to sail to France.  Because of their dedication to the soldiers overseas, they quickly became known by the servicemen of the Allied Expeditionary Forces as “Ma” and “Pa”–terms of endearment by which they were known for the rest of their lives.

During her service as a Salvation Army Lassie in World War I, Ma started the “flapjack,” “shrapnel cake” and “patching and mending” lines. She was best known for her pies that she baked, two at a time, in an oven Pa constructed.  Ma held the baking record of 324 pies in one day under enemy artillery fire.

After the war, Ma and Pa returned to the United States, continuing as officers with several breaks between appointments. The couple’s appointments included various Texas corps, the Chicago South Side Settlement and the Gulf Division Fresh Air Camp. Ma was promoted to Glory on January 24, 1937, and Pa on November 12, 1946. 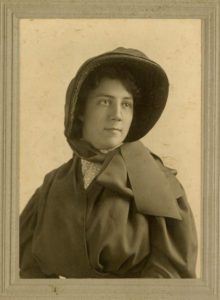 Born in Albion, WI, on May 4, 1885, Grace was the eldest of the Burdick’s four children. Grace entered officer training in Chicago from the Fort Worth, TX Corps in 1908, just four years after her parents. Following her commissioning on July 20, 1908, from the Women’s Training College, she was appointed there and then spent a year at the Women’s Rescue Home in Spokane, WA. She left the work in 1910 and married William Yates on August 28, 1915. They had two children together before Grace was promoted to Glory on February 22, 1934. 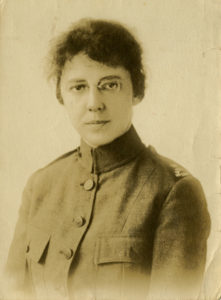 Cecil was born in Albion, WI, on August 19, 1886. She felt called to serve with The Salvation Army during World War I, and left the United States on June 29, 1918 as part of the 12th contingent of Salvation Army workers. This was her only service as an officer of The Salvation Army. On April 22, 1922, Cecil married Archie Goodwin and had one child together, Fern Ann. Cecil worked as an assistant in the Houston Public Schools Vocational Department, and later in the University of Texas Extension Division.  She was promoted to Glory on January 29, 1947. 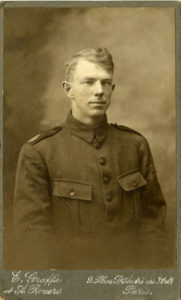 Elmer was born on November 25, 1889 in Albion, WI. He and his sisters moved with Ma and Pa to Texas when they became officers. While in Texas Elmer became a mail carrier for the city of Houston then, according to Ma he joined the United States Army to serve as a member of the Signal Corps. After the War, he returned to his wife and two children in Texas and resumed his duties as a mail carrier, eventually working for the railway. Elmer was promoted to Glory on November 14, 1961.