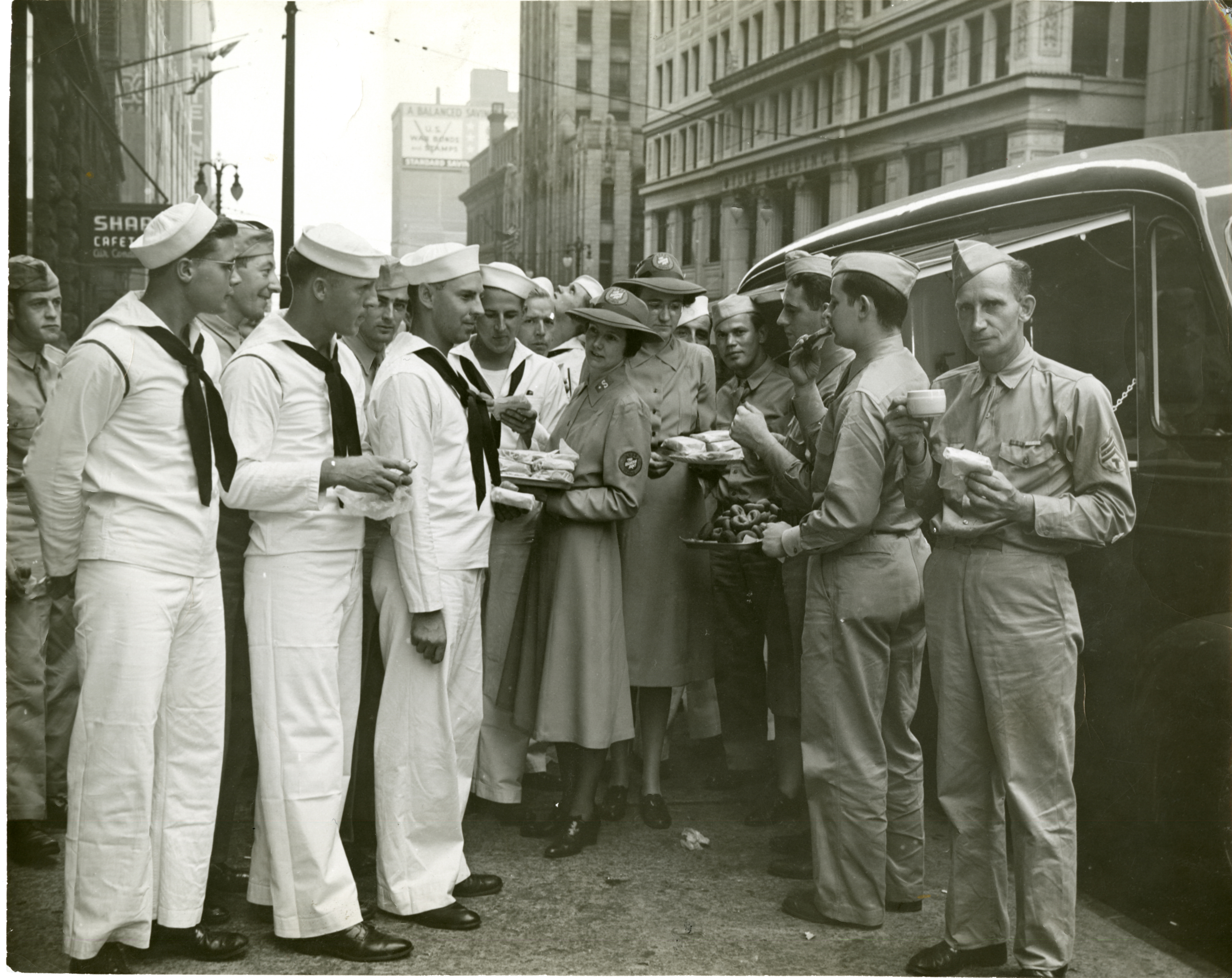 “One of my favorite things in the collection is this photo (shown above) from WWII. It represents such a volatile moment in American history yet the image is a peaceful scene with the Salvation Army at its core, always ready to serve.” – Jolie Diepenhorst, Curator

The Salvation Army’s war service ministry was on center stage in America during World War II.  In January 1941 the United Services Organization (USO) was formed through a partnership between The Salvation Army, the Young Men’s Christian Association, the Young Women’s Christian Association, Catholic Community Services, the Jewish Welfare Board, and the Traveler’s Aid Society.  Each organization operated USO facilities across the country.

Both USO and Red Shield clubs provided a variety of services. They offered living rooms with space for reading, writing and conversation, games and sporting equipment.  Soldiers could use the latest technology and record a message on a record to send home to their family.  Almost all Red Shield and USO clubs had a photography club, many were equipped with dark rooms for film developing.  Some clubs even offered art classes.  Snack bar menus featured hamburgers, soft drinks, cookies, cakes, and pies.  And, of course, there were doughnuts.  Lots and lots of doughnuts.

The clubs didn’t only provide wholesome entertainment for servicemen.  When it opened, the Red Shield Club in Wichita, KS noted that it hoped to provide a valuable community service.  Many servicemen in town on furlough were unable to get hotel rooms for their time off.  So, they slept wherever they could including in parks and in train stations.  The club was opened in an old hotel with 39 guest rooms.  On its opening night 117 soldiers bunked down in the club.

An additional fleet of USO and Red Shield Club mobile canteen vehicles further brought a home away from home to the troops.  In the photo featured at the top of this article USO workers Adjutant Helen McClellen and Miss Betty Tenney were photographed in Detroit, MI on September 10, 1942 as they served sandwiches, doughnuts and coffee to Army and Navy personnel who were on leave to enjoy the Motor City.

All told, The Salvation Army clubs, hostels, and mobile canteens served 225 million service members or war industry workers during WWII.  An estimated 110 million meals or snacks were served in the 201 USO clubs, 210 Red Shield Clubs and mobile canteens by US War Service personnel and volunteers.

John B. Ellery, a veteran of the Merchant Marine, summed up what was undoubtedly the feelings of many a serviceman or woman. “At a time when I was just one more man among millions of men, at a time when I had been wounded twice and knew that I would be sent back for more, at a time when I had been reduced to little more than a name, rank and serial number, I met someone who obviously liked me and was genuinely interested in me.  Such things of the spirit are important to me.  I think that they are important to most men.  The Salvation Army understands this.  Perhaps this is the answer.  The Salvation Army understands.”

The clubs meant the world to those who enjoyed them. A Salvation Army publication which promoted its war work both domestically and around the globe addressed the value of the USO to servicemen and women.  The publication noted “…one soldier’s whimsical though significant definition: USO – a million acts of kindness!” 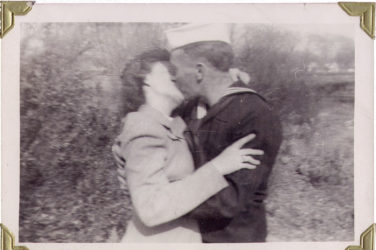