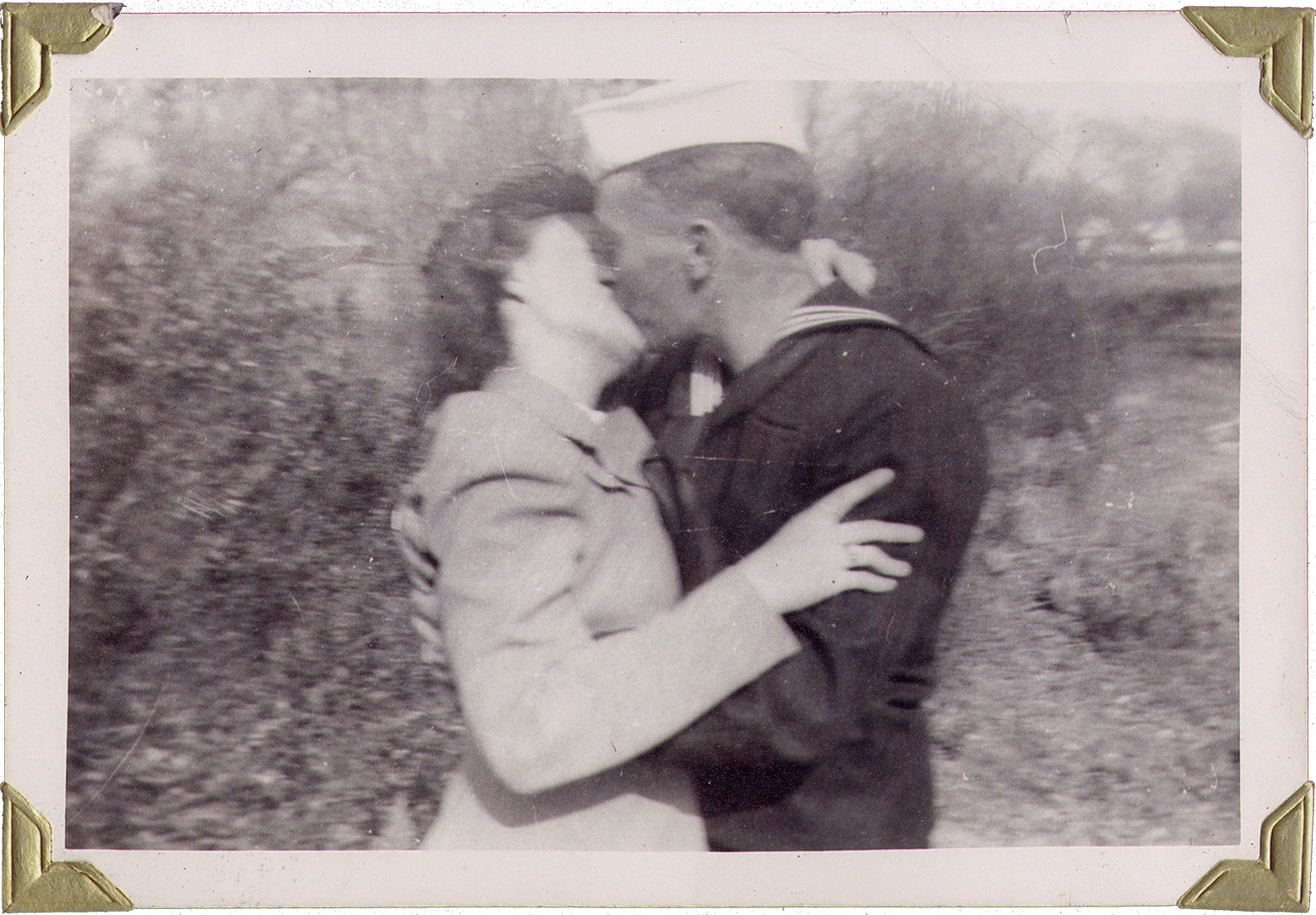 Oscar and Mary Alice’s first kiss as husband and wife, 1944.

The Salvation Army knows a lot about love. All year long we share the Gospel of Jesus Christ with others, so they will know how much our Heavenly Father loves and cares for us. But on Valentine’s Day, we usually think of romantic love.

There are so many special love stories in The Salvation Army USA Central Territory including marriages that last a lifetime. Recently, Phil Purcell, Territorial Director of Planned Giving shared an interesting story about his parent’s engagement—along with unique artifacts—dating back to 1943.

Phill’s parents, Mary Alice and Oscar Eugene Purcell, were both from the Terre Haute, Indiana area. Mary was born on May 27, 1925, and she was the youngest of five children. She grew up in a single parent home and her father was a successful, private businessman who started his own credit bureau during The Great Depression.

Oscar was born on October 16, 1920, and he was the youngest of ten children. His father was a carpenter and his mother a homemaker.  Oscar met Mary Alice after high school while attending Indiana State University and fell in love. A short time later, he was drafted by the Navy during World War II.

While stationed at the Norfolk Navy Yard in Portsmouth, Virginia, Oscar decided to ask Mary Alice to marry him.  On December 19, 1943, at a Salvation Army operated USO club, he recorded his proposal on a “Recordio-Gram,” a small, personal record. He then mailed it to Mary Alice, along with a note that read, “Do not play this until just before you get ready to open the box with the ring in it. I love you Darling. Oscar.”

Mary Alice listened to that message on a record player in her home and said, “Yes!” They were married on March 4, 1944, in Memphis, Tennessee, and went on a honeymoon in New Orleans, Louisiana, where Oscar was stationed.

The couple was married for 53 years and raised four children in their Terre Haute home. They were blessed with seven grandchildren and three great grandchildren before they were Promoted to Glory.

During World War II The Salvation Army operated 201 USO club facilities, including the one at which Oscar recorded his proposal to Mary. The clubs offered a wide variety of programs and activities tailored to the specific needs of each club’s location. 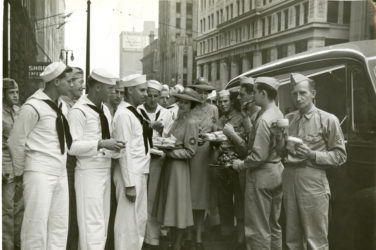 A Million Acts of Kindness

“One of my favorite things in the collection is this photo (shown above) from ...