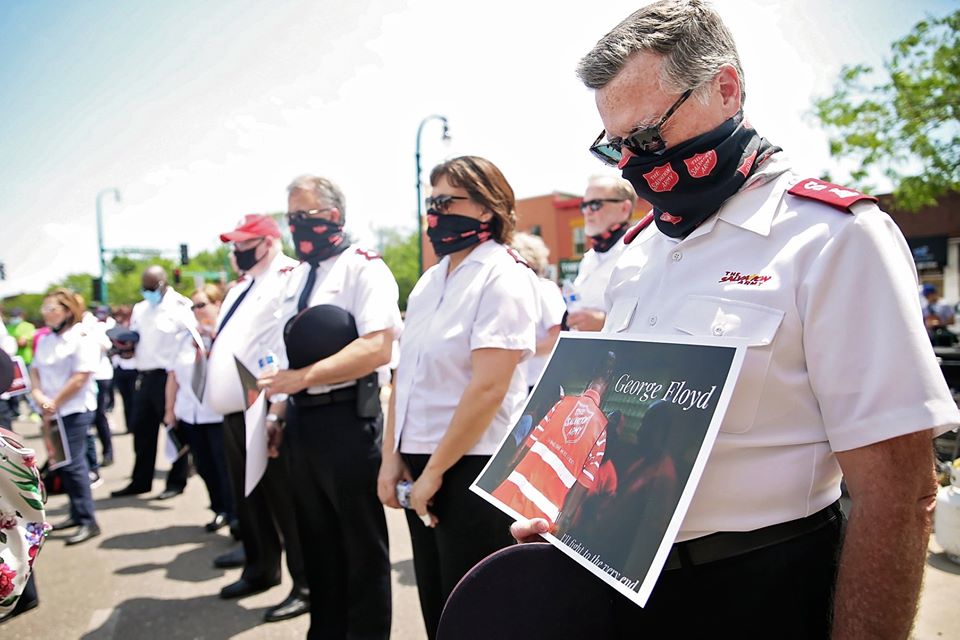 The world is in turmoil. Together, as a global society, we are experiencing anxiety instigated by an invisible assailant named COVID-19, economic hardships from a closed economy, stress caused by our inability to enjoy fellowship, and civil unrest from generations of racial inequality. How does The Salvation Army serve people during such a turbulent time?

Historically, The Salvation Army engaged communities under duress by becoming agents of calm and comfort. Offering food to those in need can soothe a weary soul, and The Salvation Army did it whenever and wherever they were needed. During the Tulsa riots of 1921, when a young black man was falsely accused of assault, the city raged— 300 people died, and rioters burned thirty-five city blocks. The state deployed the National Guard to suppress the violent racial conflict, and The Salvation Army was sent to calm and comfort the National Guard. The Daily Oklahoman wrote, “The Salvation Army clinched its hold upon the soldiery during the Tulsa race riots. Warm lunch and coffee and doughnuts were served to the soldiers three times a day for each detachment, and during two days succeeding the riot, none of The Salvation Army workers had time to sleep or even change their clothing.” Dedication to serving others provided what the National Guard needed, but how did the Army serve the communities suffering from the chaos and hostility?

Traditionally, the Army served groups in conflict, like the doughboys of WWI, or the National Guard in Tulsa, but on August 17, 1965, The Army reached out to the vulnerable. In the Watts neighborhood of Los Angeles, a race riot lasted six days after two black men were pulled over by the highway patrol for reckless driving. A fight ensued between the two men and the police. As the crowds gathered, a rumor that police injured a pregnant woman increased the tension and the Watts Rebellion began. After the rioting ended, The Salvation Army answered the call to serve.

Forty years after the Tulsa riots, The National Guard escorted the Army into Los Angeles to bring calm and comfort to those in need. The Los Angeles Times headline read, “Food and Milk Arrive—Guardsmen Convoy Salvation Army to Emergency Distribution Center.” They brought enough food to feed 500 families from the devastated area. Explaining the aftermath, a local woman claimed, “We’ve been unable to buy food for three days.” Although the local food council denied there would be a shortage, the Army assumed the community would be in need and brought in the first shipment of food. “People are great,” Bradford Crittenden, administrator of the state public safety agency, said, “they seem to be willing to accept the danger in order to get the job done.” Providing basic needs for a community in distress can ease worry and calm a community, regardless of the danger involved in providing it.

Riots occurred just two years later, around the Detroit area. During this crisis, The Salvation Army served both police and civilians involved in the riots. Canteens were set up to serve thousands of sandwiches and coffee. An emergency relief center served the survivors, some of whom were rendered homeless during the riots. As agents of comfort, the Army officers supported the men seeking to quell the violence, and they aided the survivors of the violence through care and compassion. “We have come to realize ‘service to man’ is far more than hollow words to The Salvation Army,” wrote the Inspector of the Detroit Police Department.

Most recently, when the world learned about the death of George Floyd, a former Salvation Army employee, it struck the hearts of men and women everywhere. We all reacted to the actions committed against Mr. Floyd and the racial inequality the black community has suffered for generations. Some communities raged and rioted in Floyd’s name, while others prayed for Floyd and his family, and a nation in turmoil. How could the Army serve a nation?

In response, The Salvation Army organized prayer walks in Minneapolis and across the Central Territory. Together, Army officers and their communities acknowledged and prayed for the family of George Floyd, for the racial reconciliation of a nation, for those impacted by riots and looting, for our nation’s leaders, and for guidance on how best to serve the community. Territorial Commander Commissioner Brad Bailey addressed the “unbridled reality of systemic injustice and hatred in our country” by issuing a statement against racism with this call to action:

In this moment of uncertainty, the Army turned to God for guidance in serving others. The nation did not need coffee and donuts; it needed calm and comfort. The Army joined together to pray for the world, to settle the rage we are experiencing, to offer spiritual guidance, and to remind everyone we are all children of God.

Written by Jolie Diepenhorst, Curator   I admit it. I was slow to jump ... 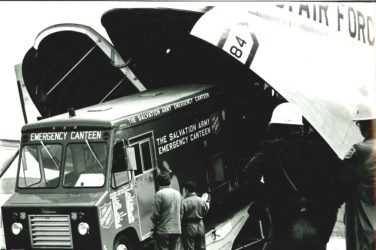 There When You Need Them

“Every time I see this photo, I get misty.  Because it means that the ...