I admit it. I was slow to jump on the Hamilton train, the Broadway musical originally produced in 2015. However, with COVID-19 and streaming capabilities, I have quickly become a Hamilton passenger! After recently watching the musical, my family and I walk about our daily lives singing and responding to each other in song. We discuss the history of Alexander Hamilton and the public figures who surrounded him, the powerful music, the words, and the actors. We consider the impact of rapping the lines, a form of music not often used in musicals but so significant in this one, and a racially diverse cast who embodied the founding fathers. It is cultural entertainment in its highest form that crosses racial lines and shatters them!

The impacts of the musical are far-reaching. Students are excited to learn about history. Teachers are implementing spoken word and musicals into the classroom. Entertainment productions realize the impact of racial diversity within casts. Children begin to see themselves in places and spaces they would not have before, and the world begins to realize the effects of hidden oppression and considers the weight of inclusion.

The Salvation Army strives to be a more inclusive, equitable, and diverse organization but stumbles. Even the Central Territory museum failed to be inclusive in its exhibits, leaving out people of color. Central Territory Commander Commissioner Brad Bailey recognized this fact and asked the museum to begin creating exhibitions that reflect the experience of Black, Indigenous, People of Color and their impact within the Army and in the communities they serve.

The museum staff is in the second stage of fulfilling this request. You may have already viewed the digital exhibit, Changemakers: Salvationists Building an Inclusive Community. The next step is a documentary to be presented at Commissioning of 2021, and finally, an in-house exhibition that celebrates people of color in the Army over the last one hundred years called Perspectives.

When choosing changemakers to feature, it became clear that many Black leaders stood out and made a difference, but it was challenging to choose only a few. Using the idea of “standing on the shoulders of giants,” museum staff built upon the outstanding leadership of Brigadier B. Barton McIntyre from the Eastern Territory and connected each leader from there. (It is true what they say about the Army, everyone knows everyone!)

Interviewing several Black leaders, staff identified a pattern: young Black Salvationists did not see themselves reflected in the leaders they saw. They did see white officers providing strong leadership and modeled Christian behavior, but, the absence of black officers and other people of color led them to believe they could not be officers. This discovery leads to the focus of this piece, “You cannot be, what you cannot see.”

Consider how The Salvation Army can be the leaders in this area. How can the organization “be the change you want to see in the world,” or include people of color in positions of strength and leadership, and create a more diverse Army? Although never a simple solution when creating new societal norms, consciously choosing to be leaders and “BE, what they cannot see” can make changes that moves us forward and make changes for generations to come.

Be the Hamilton! Make a significant change in the world!

To quote Major Katrina Mathews, “You don’t always have to be the example. You can be the success.” 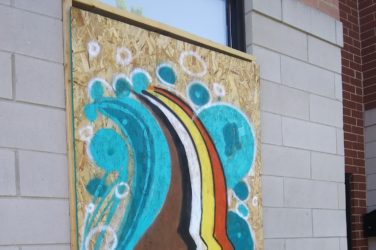 When the shelter in place order began in March, my family and I relished ... 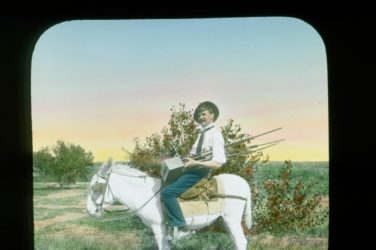 Edward Justus Parker: From Elgin, Around the World, and Back Again

When you were a kid, did anyone ever tell you that unless you do ...